Among all non-alcoholic beers, Clausthaler has the most similar taste to the »real« beer.

It is brewed by the German Reinheitsgebot from 1516, according to which the beer can contain only barley, yeast, water and hops. For 25 years Clausthaler has been collecting all of the most prestigious awards in the category of non-alcoholic beers. World Beer Award ‒ world’s most known beer judging – World Best Low/No Alcoholic Lager in 2009, 2010, 2011, 2013, 2015. PLG (the most important German beer judging) ‒ multiple gold medal for the highest quality, the last from 2013: www.clausthaler.de. Grande Medaille d’ or 29′ eme Selection Mondiale de la Biere (1990) ‒ the highest award which is given for quality by the mentioned world known Institute: www.clausthaler.de. World Beer Cup, world beer judging (2000) ‒ gold medal in the category of non-alcoholic beers. 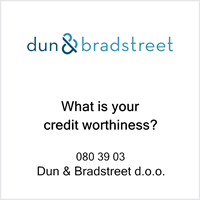 
Vist us on Facebook
We use cookies to ensure that we give you the best experience on our website. If you continue to use this site we will assume that you are happy with it.Got itPreberi več